Due to the advances in their manufacturing, and technical and technological aspects, locally-produced booby-trapped mines encountered in the last few months across Yemen make mine clearance even more dangerous, as their anti-handling devices and booby-traps are designed to explode if removed by any unsuspecting deminer or civilian.

After long technical assessment of the makeup of these new types of landmines rendered safe from newly liberated areas to assess emerging trends, new threats, and new variants of explosive devices, Masam created a special training module — particularly for teams operating in the most-at-risk areas to mitigate these emerging threats. 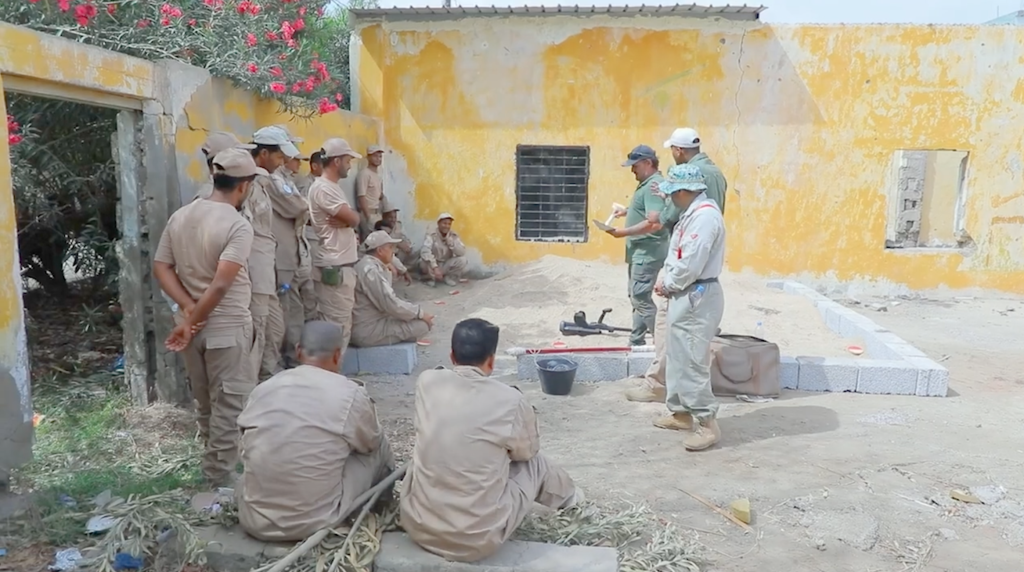 We assisted to the two-day training developed by Masam, which included a two-hour threat update presentation and a series of demonstrations to reinforce best practice procedures in the more technically complex mixed-threat minefields that the teams are currently clearing. 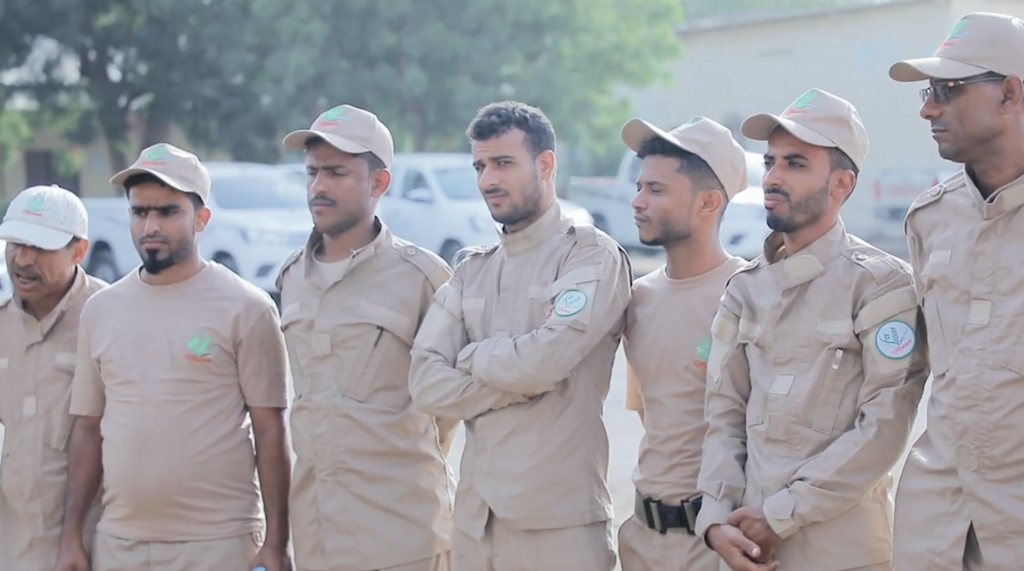 After the training, Ahmed Hussein Ahmed, Deputy Leader of Team 24, said: “the course was about new landmine booby-traps and new landmine technology, and we exchanged information with the team leaders. Foreign experts also attended and gave us new information about the methods of disarmament and ways to destroy the explosive items in situ.”

The young deminer (pictured below) explained the training would enable his team to “keep pace with all potential risks [and] with the disruptive new traps developed by the Houthis”.

“Whenever the militias plant a new version of booby-trap landmines, Masam experts study them and call all teams to come to the camps and train them on every new method. We learned a lot of information about new ways to enter buildings, ways to destroy landmines laid in them, and ways to destroy booby trap landmines through remote cutters with new hooks that cut wires.” 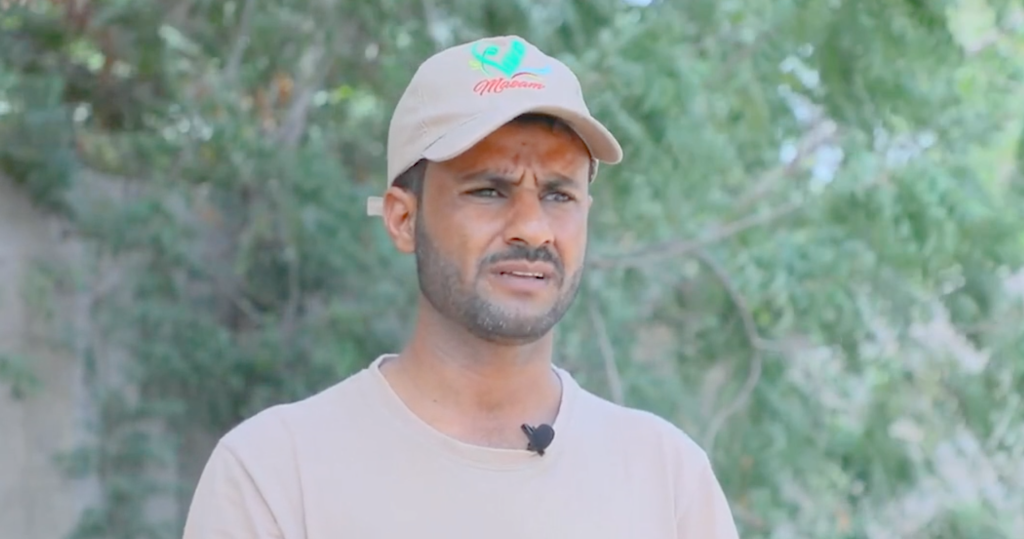 This was echoed by Musaab Muhammed, a Team Member of Team 22.

“Masam came in an exceptional and difficult situation as [parts of the] country were taken over by Houthis and the displaced civilians are still living in camps outside their homes and villages. Masam is determined to keep pace with the risks created by the Houthis, and works to develop and establish high competencies and expertise through training courses.”

Discussing the day’s training, Muhammed (pictured below) said the sessions were developed “according to newly-discovered landmine laying and crafting methods” and would ensure “high expertise so that deminers can deal with various types [of landmines] with confidence and efficiency”.

The deminer said he was proud of the work his and other teams had carried out so far in Yemen, which he compared to “teams building bridges for passers-by and civilians to walk without danger, and ensure access to fields, pastures, farms, wells and all other sources of life”. 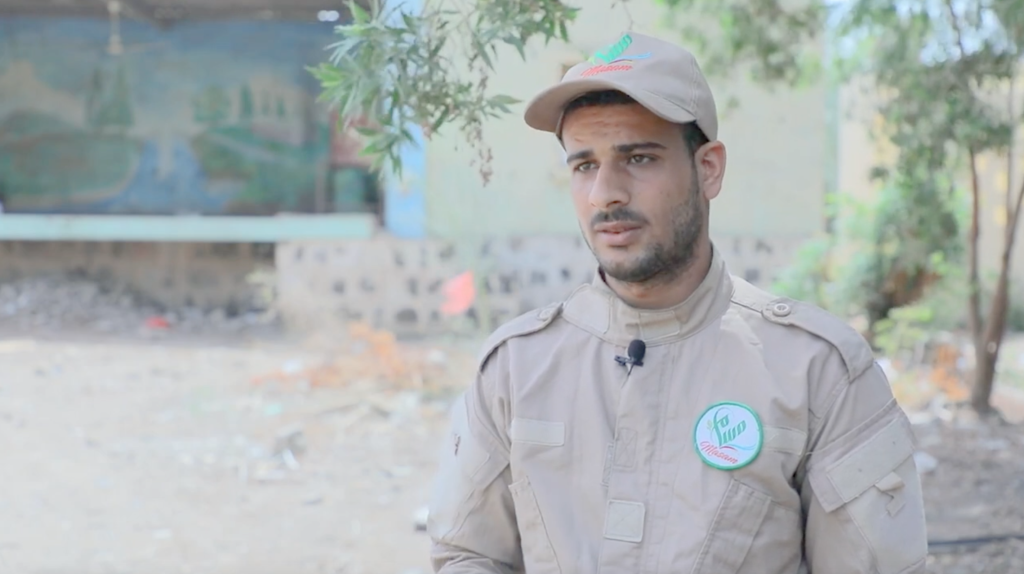 Why is mine clearance so important in Yemen’s Usailan region? A local chief explains.
February 16, 2022
Latest Publications
Latest Tweets